Kariņš: Latvia and France share a common objective of a strong Europe

Today, during the meeting with President of France Emmanuel Macron, Prime Minister Krišjānis Kariņš discussed the key matters of mutual interest to Latvia and France in the context of both, the European Union and foreign relations, by emphasizing that the two countries share a common objective – a strong Europe.

Latvia and France have many interests in common. At the European level, we have worked together on climate policy, on strengthening the rule of law and combating disinformation. The declaration just signed with the Presidents of France and Lithuania demonstrates our common position in strengthening democracy. I see high-tech and climate policy areas as one of the great opportunities for cooperation between Latvia and France,” said Kariņš.

The Prime Minister informed that during the meeting the officials also discussed the need to strengthen the European Union to make it stronger on a global scale - not only regarding trade but also other areas. “Europe is facing many global challenges, such as building relations with countries like China and Russia. It is only by making a joint effort that we can succeed in achieving common objectives,” said K.Kariņš.

Prime Minister K.Kariņš and President of France E.Macron also discussed international relations, including the situation in Belarus and relations with Russia. 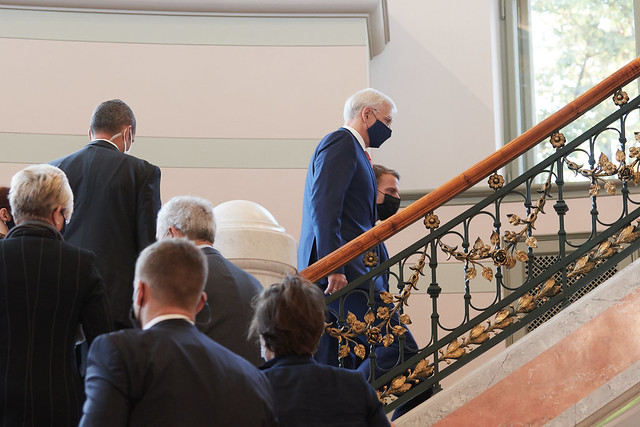 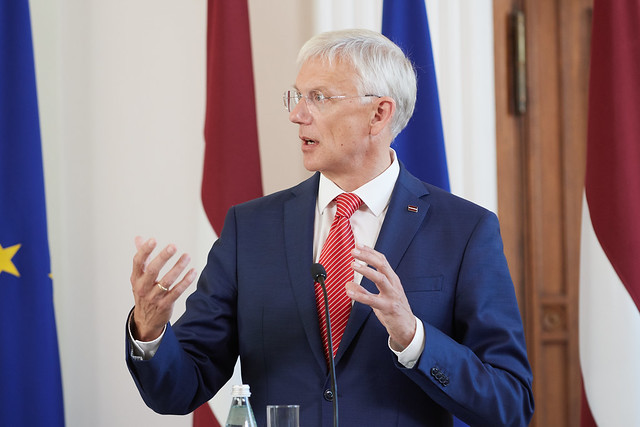 The website has been developed in conformity with the conditions of the Grant Agreement of the European Commission No. ECFIN-105-2013-SI2.651674 "Communication Activities Relating to the Euro Changeover in Latvia".
A reference to the State Chancellery of the Republic of Latvia is compulsory when the document is republished
Last updates in page 29.10.2020
© Valsts kanceleja, 2014