M. Kučinskis: Latvia is keen to cooperate closely in developing the digital single market in the Nordic region 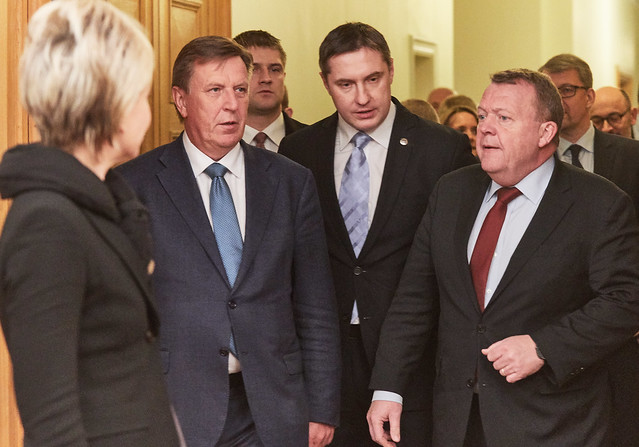 M.Kučinskis welcomed Denmark's involvement in NATO's expanded presence in the Baltic States - Denmark is one of the most active NATO countries in the Baltic airspace patrolling. The progress in implementing the decisions of the NATO Warsaw Summit was highly appreciated, acknowledging that the right decisions were made in Warsaw. From January 2018, Latvia is spending 2% of gross domestic product to strengthen its defence capabilities. The cooperation between the Baltic States - Latvia, Estonia and Lithuania - was also highlighted. In the context of security issues, Russia's policy was mentioned by highlighting cybersecurity.

As regards economic issues, M. Kučinskis informed the Danish Prime Minister about the reforms implemented in Latvia, as well as national economy priorities. Trade between the two countries has doubled since the economic crisis in 2008. Particular attention is paid to such sectors as transport, logistics, and information technologies.

Denmark has always been one of the most important foreign trade partners of Latvia. Denmark has mainly invested in export-oriented companies of Latvia. Naturally, the increase in Danish investment also contributes to the growth of Latvian exports. Latvia and Denmark have a highly developed pharmaceutical industry, and M. Kučinskis called for the use of the industry as a basis for new cooperation opportunities in biomedical sectors. Equally, the emphasis is placed on the potential for cooperation in the field of smart or green energy - the increasingly active use of green energy creates opportunities for cooperation between Danish energy producers and Latvian biomass producers.

The fact that the Danish Prime Minister, L. Rasmussen is visiting Latvia and other Baltic States in the year of centenary is symbolic – it is linked with Denmark's important role in restoring the independence of the Baltic States and close cooperation between the Nordic and Baltic countries.

VIDEO from the press conference

The website has been developed in conformity with the conditions of the Grant Agreement of the European Commission No. ECFIN-105-2013-SI2.651674 "Communication Activities Relating to the Euro Changeover in Latvia".
A reference to the State Chancellery of the Republic of Latvia is compulsory when the document is republished
Last updates in page 22.02.2020
© Valsts kanceleja, 2014