“Together with the Prosecutor General, we discussed the judicial system as a whole, from the investigation stage to the outcome of the trial, and what should be done to speed the whole process up. During the conversation, I confirmed the government's willingness to cooperate, and if the Prosecutor General sees that improvements are needed to strengthen the rule of law and that the government can intervene, I will support the Prosecutor General. I am convinced that our cooperation will be fruitful and effective,” said Krišjānis Kariņš, adding that he is satisfied that during the last year a number of important state positions such as Chairman of the Financial and Capital Market Commission, Governor of the Bank of Latvia, Chief Justice, and Prosecutor General, have been taken over by highly qualified professionals who are motivated and have a vision of the necessary improvements in their field.

After the meeting, Prosecutor General Juris Stukāns expressed his satisfaction with the support and understanding expressed by the Head of Government in the field of strengthening the rule of law, as it is of great necessity for the implementation of the planned reforms. 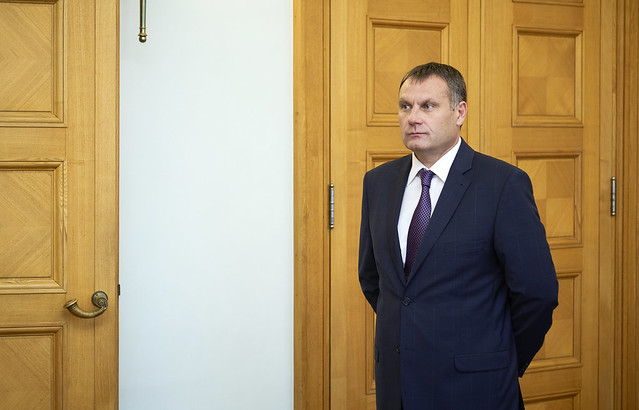 Press Secretary of the Cabinet of Ministers

The website has been developed in conformity with the conditions of the Grant Agreement of the European Commission No. ECFIN-105-2013-SI2.651674 "Communication Activities Relating to the Euro Changeover in Latvia".
A reference to the State Chancellery of the Republic of Latvia is compulsory when the document is republished
Last updates in page 04.12.2020
© Valsts kanceleja, 2014